Earlier this week, attackers stole about $150,000 worth of cryptocurrency by exploiting a flaw in Domain Name System servers that allowed the group to hijack AWS traffic for about two hours.

A group of unknown attackers stole about $150,000 in cryptocurrency earlier this week. The theft, which included exploiting well-known but older flaws in Domain Name System servers, hijacked some Amazon Web Services traffic and led victims to a phishing site.

The theft appears to have happened on April 24, according to the MyEtherWallet group on Reddit, which posted a short explanation about the incident.

In short, for about two hours on Tuesday, users of the MyEtherWallet website had their traffic re-routed to another IP address, which appears to have been hosted in Russia, according to several reports including one posted on Oracle's Internet Intelligence site. 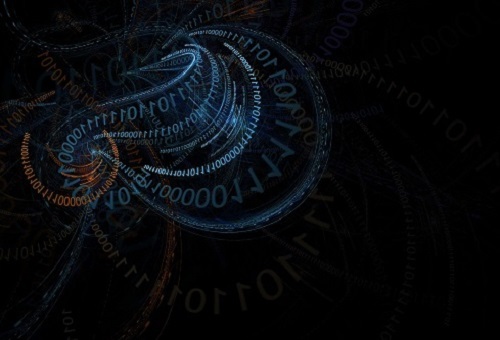 "Affected users are likely those who have clicked the 'ignore' button on an SSL warning that pops up when they visited a malicious version of the MEW website," according to the Reddit post.

At a high-level, DNS servers are the phone books of the Internet and they contain a directory of domain names that are then translated into Internet Protocol or IP addresses that bring users to the websites that they want. In this case the attackers took advantage of the Border Gateway Protocol (BGP) -- a complex system of routers and pathways that makes sure traffic gets to where it's going -- which works with DNS but is known to have flaws.

If an attacker can find the flaws in BGP, then they can hijack the DNS server.

In this case, the MyEtherWallet group is supported and hosted on AWS and uses the provider's Route 53 DNS service.

In a statement to Security Now, AWS noted that it's looking at the incident, but stated that it was another Internet Service Provider at fault:

Neither AWS nor Amazon Route 53 were hacked or compromised. An upstream Internet Service Provider (ISP) was compromised by a malicious actor who then used that provider to announce a subset of Route 53 IP addresses to other networks with whom this ISP was peered. These peered networks, unaware of this issue, accepted these announcements and incorrectly directed a small percentage of traffic for a single customer's domain to the malicious copy of that domain.

In Oracle's report, it appears that the ISP that was breached this week is eNet, a large provider located in Columbus, Ohio. "It appears that eNet/XLHost (AS10297) suffered a breach enabling attackers to impersonate Amazon's authoritative DNS service," according to Oracle.

This is also not the first time that this type of Russia-linked DNS hijacking has occurred. In December, security researchers found that traffic for about 80 different high-volume websites, including Apple, Google and Facebook, were re-routed to Russia IP addresses. (See Russian DNS Gobbling Up Internet Traffic.)

In that case, it's believed that the BGP routers were rewritten by attackers.

The question that this incident has raised is why would someone or some group go to the trouble and expense of attacking a major ISP for what appears to have been a small amount of cryptocurrency?

Kevin Beaumont, a well-known security expert and writer, raises these questions in a post about Tuesday's incident.

"It seems unlikely MyEtherWallet.com was the only target, when they had such levels of access," Beaumont writes. "Additionally, the attackers failed to obtain an SSL certificate while man-in-the-middle attacking the traffic -- a very easy process -- which alerted people to the issue at scale."