Target was actually better prepared than most retailers. The real problem lies with the current state of industry threat intelligence and IR practices.

A flurry of stories surfaced recently, including those in Bloomberg BusinessWeek and InformationWeek, highlighting signals of compromise that Target apparently "missed" or even "ignored," resulting in the theft of 40 million credit card accounts. Clearly the Target breach was serious and wide-ranging, as it affected a large number of customers and even hit Target’s fourth-quarter revenue and earnings.

Before we get carried away with all that Target could or should have done to prevent its breach, we should examine all that was done and take a closer look at just how different Target’s preparation and response were from those of almost any other Global 1000 firm. What we’ll find is that Target was actually better prepared than the vast majority of its peers across all industries, leading to the clear conclusion that the problem lies not with Target, but with the current state of threat intelligence and IR (incident response).

First, Target did a lot of things right. It had dedicated security and IR teams using multiple advanced tools; according to Congressional testimony by Target’s CFO, the retailer "…spent hundreds of millions of dollars protecting… data and employed more than 300 people on the issue." This was an investment relatively few entities can match.

As with any breach, Target had some missteps and vulnerabilities. First, management was apparently unwilling to move to new, more secure smart-chip-based card systems common in Europe, due to cost concerns. Second, the retailer is alleged to have ignored pleas by its security team to do a more thorough review of its payment system -- likely in part due to the timing of the request, coming a short time before the critical post-Thanksgiving shopping season. Third, many have criticized Target’s failure to wall-off its payment systems from the rest of its corporate network, through which hackers were able to gain access to payment details. 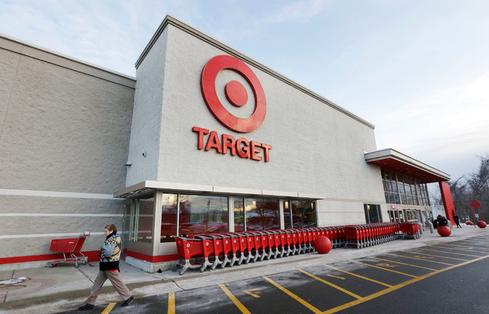 But was Target’s security posture and IR process really that much different from those of other large corporate and government entities? As The Wall Street Journal points out, "The sheer volume of warnings retailers receive makes it hard to know which to take seriously." But this dynamic is not unique to retailers: Every corporate and government entity today receives more alerts than they can handle -- even with sophisticated anti-malware systems and hundreds of employees dedicated solely to security. It’s the downside to big data: Too much information in a cybersecurity context can be, and often is, harmful.

Exacerbating this situation is the incredibly manual, ad hoc nature of today’s IR. An entity like Target likely gets hundreds if not thousands of alerts every day, from myriad systems, including anti-malware tools (e.g., FireEye), next-gen firewalls (e.g., Palo Alto Networks), and SIEMs (e.g., ArcSight, Splunk, etc.) to name just a few.  Alerts aren’t correlated across each other or typically checked against known good lists, bad lists, or indicators of compromise (IoCs), similar to criminal “watch lists” of mug shots with fingerprints and rap sheets. Each alert typically has minimal detail, is not confirmed against the system(s) in question, and is not prioritized. Thus alerts tell a security analyst very little and all look alike… yet they must be investigated to at least a minimal degree.

For an entity like Target, this manual, error-prone process is replicated hundreds if not thousands of times each day, each a largely separate investigation. While hackers need only slip through once to wreak their havoc, Target must be right 100 percent of the time.

The issue isn’t Target’s security team or investment in tools, but rather the current state of the threat intelligence and IR practices as employed by Target and virtually all enterprises and government entities globally. These IR practices can be summed up in two words: un-integrated and manual. Until both are fixed with more integrated and automated approaches, we will find ourselves continuing to wonder why firms like Target "missed" or "ignored" alarm bells.