It's hard for the untrained ear to notice, but the human voice changes over a period of several months and years, primarily the voice's pitch and speed of speech.

Researchers at Pindrop have discovered that error rates on voice biometrics may double in a two-year span, which is why they say companies need to consider multifactor authentication when setting up voice authentication systems.

Representatives from Pindrop presented their findings last Friday at the annual RSA Conference in San Francisco.

"Too many companies will just deploy voice biometrics, and that’s a mistake," says Terry Nelms, director of research. "There’s a real need for multifactor authentication, with voice biometrics just being a piece of the puzzle."

The Pindrop research team also tracked 122 speakers in six languages (English, French, German, Spanish, Dutch, and Italian) and error rates doubled from 4%- to 8% in two years. One interesting note: The female voice does not change as much as the male voice, and voices of men aged 60 and over change the most dramatically.

"When people speak, they use up to 100 muscles," explains Khoury. "So like any muscle, they become less flexible with age.  Similarly, the vocal cords and cartilages of the larynx also change as we age."

Khoury adds that the research found that 48% of callers only call in to the average banking call-center system once every eight month, and the human voice can change over that time.

To counteract changes in the human voice, Pindrop uses compensation techniques that take into account the caller's gender, age, and the time interval between the last call and the next call.  In addition, it's possible to update the model over time, but before any update Pindrop recommends applying a multifactor authentication technique such as phoneprinting to prevent identity theft. 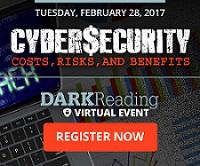 "Authentication is not a switch, it’s a score," he explains. "What voice biometrics does is improve the probability that the company is talking to the right person."

Most financial institutions use the passive approach, in which the caller doesn't have to be actively enrolled. Their speech is processed and verified during their normal interaction with the call agent. Pindrop's Khoury says the level of accuracy depends on the amount of net speech; however, a few seconds of normal conversation is typically enough to authenticate a user or detect fraud.

Pindrop uses the combination of voiceprints and phoneprints to accomplish multifactor authentication.  Phoneprinting analyzes a call to extract features from the audio revealing call type, geolocation, and the unique phone to authenticate the caller and detect fraud.