Children are the innocent victims of the worst effects of social media. That's why it's vital for adults to establish privacy values that are safe for them -- and the rest of us.

I’m sure we’ve all had that awkward moment: A friend or family member posts an update and tags you or includes you in a photo, and suddenly you’re wishing you could turn back time to stop the post before it ever happened. Maybe it’s because you were playing hooky from some work or social obligation, maybe it’s because you were having a bad hair day, or maybe simply because the post seems to imply something unflattering. One thing is certain: It’s well past time for a “Miss Manners” guide to online etiquette, particularly when it comes to online privacy.

A lot of attention has been focused on data privacy and children, as this generation of kids is a unique group. Everyone under the age of 18 has grown up in a world where the Internet was available to the general public. And most kids now entering their teens have grown up in households that have had computers connected to the Internet. These kids are natural test subjects for the effects of that sort of interconnectedness, especially as the technology is too new to have well-established mores. And as Generation X (people born in the 1960s and ’70s) are young enough to be frequent users of this technology and yet old enough to be parents of teenagers, many seem to be concerned about what this effect will be. 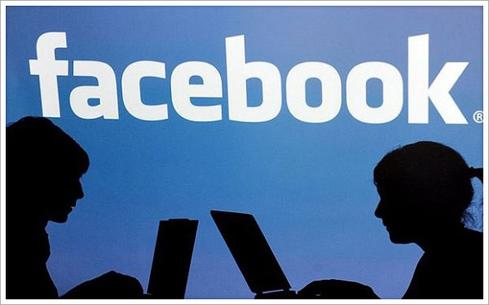 While kids may be the most innocent victims of any ill effects of misuse of social media, they are certainly not the only people who are negatively affected. We’ve all read stories about social media posts used to convict, fire, falsely accuse, or stalk adults. We’ve probably even had our own, hopefully lesser, version of this sort of drama too. As more new users join in the social sharing extravaganza, the more the lack of “privacy etiquette” is likely to affect each of us.

A recent article in the Montgomery Advertiser posts statistics from a 2011 survey done by the University of Michigan Institute for Social Research as part of the Longitudinal Study of American Youth. It stated that 66 percent of Gen X parents reported that they post photos of their children online, and 56 percent say they have shared news about a child’s accomplishment online. An earlier article also about this study stated that nearly a quarter of Gen X adults expressed a high-level of concern about online privacy, while 40 percent reported a low-level of concern.

The privacy of children is seemingly the easiest to protect, as they generally are not allowed to create accounts on their own. If children have the most to lose by the lack of protection, and yet only a third of parents are abstaining from sharing about their kids, what hope do the rest of us have?

Friends, family, and partners
I think it’s fair to say that most social media oversharers don’t do so out of malicious intent, but out of enthusiasm. So what do you do about these faux pas, when your loved ones are overflowing with the urge to show you off? The first step would be, when the option is available, enable tag review in your settings. But this scenario is far from perfect, as the tag still appears, whether or not it appears in your own timeline. So we all need to have discussions with our friends, family, and partners about our privacy values.

Admittedly “privacy values” sounds odd and touchy-feely, but until privacy mores are something that we can blindly assume will be upheld, it is an entirely legitimate thing to discuss with your loved ones. In fact, apparently now “social media agreements” are becoming a thing, as part of formal prenuptial agreements. This allows partners to write repercussions into their marital contract, for when a breach of social media etiquette (as defined by the couple) has occurred.

So what might you discuss with a loved one, in regards to when it’s OK to tag someone on social media? Here are a few suggestions based on social media faux pas I’ve seen:

Are there more questions that you would add? Let’s chat about them in the comments.