Like a hurricane or a flood, a DDoS is a crisis. Follow these 10 steps to prepare for an attack before it hits. 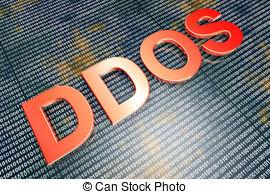 Distributed denial of service (DDoS) attacks are scary. In a matter of minutes, they can shut down a network, service or website, costing companies millions of dollars.

A recent study by Corero Network Security found that while 34 percent of IT managers surveyed cited lost revenues as the most damaging consequence of a DDoS. Nearly half -- or 45 percent -- say loss of customer trust and confidence is their greatest concern.

When they first came on the scene 20 years ago, a DDoS -- which is when a large network of botnets overwhelm another system’s connection causing it to deny service to legitimate traffic – even threatened to take down the Internet itself.

That’s ancient history. Over time, vendors and service providers have developed products that help IT staffs better cope with the threat of a DDoS. But they come in waves and over the past year there has been an uptick in DDoS attacks.

“There have always been various waves of DDoS attacks, and we saw one toward the end of 2015,” says Barry Greene, CTO of Palo Alto-based GetIT, or Green Energy Technology & Infocommunications Technology.

Greene says that although we are currently experiencing a bit of a lull, now’s a good time to prepare for the next wave. He recently authored a white paper on preparing for a DDoS and spent some time talking with Dark Reading about strategies for defending against DDoS attacks.

“Think of a DDoS as a crisis much like a hurricane or a flood,” Greene says. “You wouldn’t want to start preparing for a hurricane on the day of the event. The same holds true for a DDoS.”