Facial recognition technology is coming to a device near you. Here are three reasons it's inevitable.

ORLANDO -- Microsoft Ignite 2017 -- On September 12, Apple introduced the iPhone X with a host of new features including facial recognition as a biometric authentication technology. The Internet pretty much lost its collective mind. Facial recognition was a sign of the end of days, the end of privacy or the coming of our alien overlords, depending on who you listened to.

This week at Microsoft Ignite, I had a chance to sit down with Samsung, which, as it turns out, has several smartphones of its own. The Galaxy 8 comes with facial recognition as one of its authentication methods, along with iris scanning and fingerprint recognition. Imagine that. 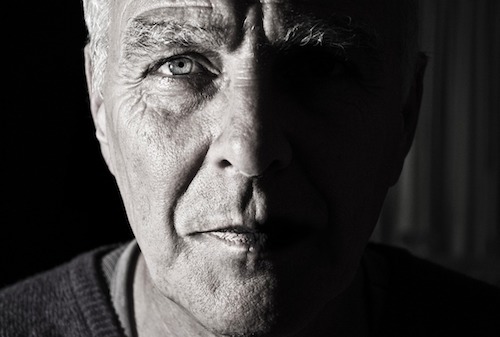 Now, when the Galaxy 8 came out, there were articles that pointed out the flaws in the facial recognition technology, but the terms used weren't apocolyptic. They were, in fact, closer in tone to the articles pointing out the deficiencies in Apple's fingerprint technology when it was introduced -- you know, the fingerprint technology that approximately every iPhone user now considers a convenient security method.

At Ignite, I had a chance to talk with a number of security companies, and in doing so I became convinced that facial recognition (perhaps with iris scanning as a component of the whole) is going to become a common part of our security landscape. There are three things that convince me that this is true.

Facial recognition is convenient
People don't like typing PINs into a mobile device. They like passwords even less. What they really want is a system that just recognizes them and authenticates them into the device when they pick it up -- and facial recognition comes very close to doing just that.

Security is always a balancing act between convenience (a user-focused synonym for usability) and safety. For most users, it doesn't take a lot to make the equation balance out with far less security than ideal if the convenience score goes down. In the same way that executives drove acceptance of iPads and iPhones in the enterprise, they will drive acceptance of facial recognition even if there are issues with the technology.Facial recognition is easy
Apple has managed to do exactly the right thing to promote use of facial recognition within apps: If the app can use the fingerprint scanner for authentication, then facial recognition will just work. It works automatically, with absolutely no additional code required from the app developer.

I spoke with a couple of developers at Ignite who told me that they were surprised and pleased with the new capability that came courtesy of the iOS and hardware upgrade. As it turns out, it's far more effort to not implement facial recognition after fingerprint recognition is turned on than to accept the method. This guarantees that, as phones with the capability spread, use of the capability will spread right along with them.

Facial recognition is "secure enough"
Will the facial recognition available on the iPhone be acceptable as an authentication method for classified information? Probably not. But most people and organizations don't need that level of security. They need something that is approximately as secure as a moderately strong password with a high enough convenience factor to convince people to actually use the security. And facial recognition qualifies on both scores.

Both Apple and Samsung have done significant work to make facial recognition an acceptable option for authenticating a user to their mobile device. The technology will spread from smartphones to other devices. Get used to looking at your system in order to unlock its functions -- facial recognition as a biometric system is coming to a system near you.