Researchers at F-Secure have developed a workaround to nullify the popular ten-year-old patch that was thought to have solved the problem of cold-boot attacks. Encryption keys and other sensitive data on millions of laptops could be affected.

Reports of the death of cold-boot attacks have been greatly exaggerated. Cybersecurity wonks have long considered this a mostly solved problem, but new techniques have reanimated the decade-old vulnerability making cold-boot attacks possible.

On September 13, at the SEC-T conference, security consultants at Scandinavian cybersecurity firm F-Secure delivered a talk demonstrating that millions of laptops -- PCs and Macs alike -- remain vulnerable to a simple disk-encryption penetration attack involving a cold reboot and a USB stick.

The technique, which requires physical access to the target machine (and thus why laptops, portable as they are, are particularly vulnerable), is an updated version of a "cold-boot attack" -- a vulnerability known, and thought to have been patched, for over ten years. 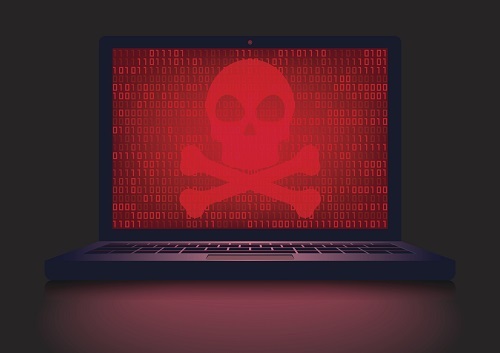 (Source: iStock)
Origins of the cold-boot attack In 2008, researchers at Princeton University published findingsthat DRAM in most then-modern computers, when without power (even if removed from the motherboard), retained enough data for a long enough time period for attackers to extract and reconstruct AES, DES and RSA keys. Effectively, this meant that attackers could penetrate popular disk-encryption systems just by forcing a hard reboot -- i.e., rebooting a computer "cold" instead of following a "proper" shutdown process -- and promptly removing the remaining data in the RAM.

The same year, the Trusted Computing Group released a specification for mitigating these attacks. The specification illustrated a BIOS-initiated operation for overwriting RAM on the next platform reboot -- making the matter of data remanence a moot point. Computer manufacturers implemented the specification, and the cold-boot vulnerability -- absent specialized equipment -- was thus considered solved. Then came Olle Segerdahl and Pasi Saarinen -- the F-Secure security consultants who discovered a way to disable this overwrite operation.

How Segerdahl got his cold-boot attackSegerdahl and Saarinen found that an attacker could physically tamper with a computer's firmware settings to rewrite the non-volatile memory chip and disable memory overwriting. From there, an attacker can enable external-device booting and carry out the classic cold-boot attack by booting specially designed malware off of a USB stick.

"Because this attack works against the kind of laptops used by companies there's no reliable way for organizations to know their data is safe if a computer goes missing," F-Secure security consultant Segerdahl wrote in a statement released Thursday. "And since 99 percent of company laptops will contain things like access credentials for corporate networks, it gives attackers a consistent, reliable way to compromise corporate targets."

The researchers called out Microsoft BitLocker in particular (their presentation's title? "An ice-cold Boot to break BitLocker") -- pointing to specific comments by Microsoft employees on the likelihood of success of data-remanence attacks on BitLocker-defended PCs.

"[I]n cases where the system memory is fixed and non-removable, [memory remanence attacks] are not possible using published techniques," reads a cached version of a Microsoft article from one year ago on BitLocker countermeasures. "Even in cases where system memory can be removed and loaded into another device, attackers will find the attack vector extremely unreliable[.]"

Segerdahl and fellow F-Secure security consultant Pasi Saarinen helped Microsoft to draft an updated version of the article. They have also announced that they "will publish techniques that allow recovery of BitLocker encryption keys from RAM on most, if not all, currently available devices." They further assert that these same techniques are similarly effective against other, non-BitLocker platforms (although Apple reports that Macs containing its T2 chip have security measures designed to mitigate attacks using these new techniques).

Shelter against the cold boot attack F-Secure reports that it has shared its research with Microsoft, Intel and Apple accordingly -- and that it is working with those companies on a patch. Still, Segerdahl has indicated that he is pessimistic on the probability of the industry fixing this remaining vulnerability in the near future. Moreover, while he concedesthat even with these newly developed techniques, cold-boot attacks remain "not exactly easy to do," Segerdahl maintains that they are still simple enough such that highly attractive targets -- such as banks and other large enterprise organizations -- should be on guard against them by implementing the following basic security measures:

"Hibernation [and] pre-boot authentication [are] the best protection against cold boot attacks," tweeted Segerdahl earlier this month. "No keys in memory to steal!"

Segerdahl and Saarinen are scheduled to again present their findings at Microsoft's BlueHat Security Conference later this month.