Microsoft is looking to overcome the password dilemma by incorporating Fujitsu's PalmSecure biometric technology into Windows 10.

Studies have shown they prefer other, more convenient ways to verify that they are indeed who they claim to be. Biometric authorization has popped up as a preferred method in these studies. It's hard for a user to misplace a biometric characteristic or have it stolen by a cyberthief the way a password can be misused.

One biometric method that has been used for authentication for the last 20 years, primarily in Japan, just got a big push into the mainstream. Microsoft Corp. (Nasdaq: MSFT) announced that it will use Fujitsu's palm vein authentication method -- PalmSecure -- in Windows 10 Pro as a way to sign into the system.

It is being added as a part of the Windows Hello facial and fingerprint-recognition system. Redmond will initially focus on enterprise users, keeping any decision about use for consumer devices for a later date. 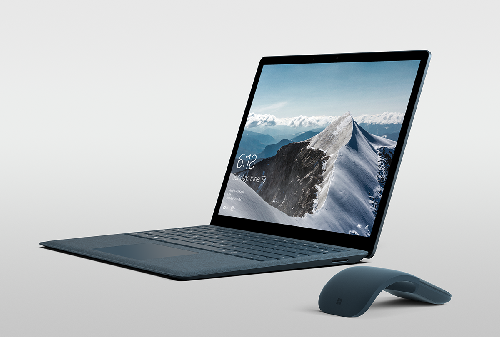 Fujitsu Ltd. (Tokyo: 6702; London: FUJ; OTC: FJTSY) has been the world leader in this technology for the last ten years, but it remains relatively unknown and unused outside of Japan.

Hardware scanners for the method have been built into the company's Lifebook and Stylystic series notebooks for the enterprise. The company also delivers a USB connectible hardware palm scanning device that may be usable by other manufacturer's machines.

One study that used the data of 140,000 palms from 70,000 individuals to investigate the performance of palm vein authentication found that the false acceptance rate was 0.00008% and the false rejection rate was 0.01%, providing that the palm was held over the sensor three times during registration and that only one final scan was permitted to confirm authentication.

Images taken from a user scan are compared to a database that contains previously registered palm information.

Vein patterns are unique to individuals and contain detailed characteristics for formulation of algorithm template. The sensor of the palm vein device can only recognize the pattern if the deoxidized hemoglobin is actively flowing within the individual's veins.

The statement highlights one of the conceptual problems with the system -- having a template on the machine that can be used to authorize a go/no-go decision. Such data might be exfiltrated to be used in fake authorizations.

Indeed, one of the problems Apple Inc. (Nasdaq: AAPL) solved with its own fingerprint ID system was to keep known good scans encrypted within the system and not allowed to be exfiltrated for misuse.

This kind of biometric method does have some unique advantages over fingerprint and facial recognition. It is harder to copy veins under the skin than to take fingerprints or photos of someone's face.

But the security community may wonder if such a niche and proprietary method can truly address what the mainstream needs. Whether the data that is collected by this method can be kept secure within the Windows environment is another challenge that has yet to be proven.

Microsoft seemingly has little to lose by having this method as one of the options available for users. It may be useful for a subset of its users, and anything that encourages adoption of Windows 10 will be beneficial to them.