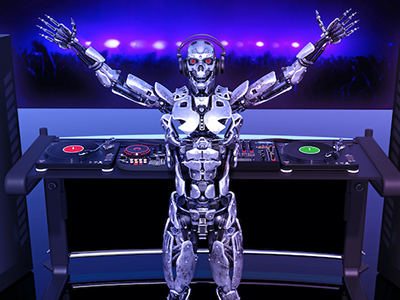 What sound do you hear in your head when you think "stereotypical hacker music"?

For most people, it's a rap-funk groove with dark-sounding synth keyboard and heavy bass and drums that drives the music for the better part of an hour. Many may think hacker music starts and finishes with Orbital and the Prodigy – or maybe Nerdcore music.

There's just so much more.

When you actually talk to hackers, you'll find out they have eclectic musical tastes, ranging from electronica, to European classical, to the soundtracks from Marvel Comics remake movies. Music drives hacker culture, so much so that you'll often find someone bringing their own DJ setup at a security trade show to set the tone.

A couple of weeks ago, Bishop Fox Labs posted a blog titled "Music to Hack To: A Bishop Fox Mix Tape." Turns out, the staff has a site where they share music, and they decided it would be fun to post some of their go-to's. We thought it was a great idea and decided to broaden it to include people from all over the industry. We asked them, what gets you psyched to hack? What do you listen to when it's time to set in and concentrate?

Given the times, we also thought we could use a break from the stresses of ransomware attacks, cryptomining, and assorted nation-state attacks. Take some time and listen to all the diverse music. Use it to work. Use it to meditate. Use it to take a break. And when you have a chance, share your favorite playlists with us in the Comments section, below. 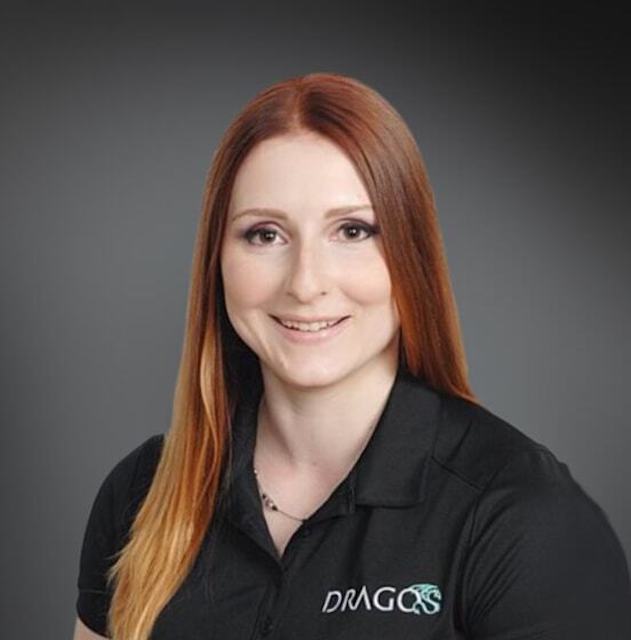 Music has been flowing through Lesley Carhart's veins since she was about 5 years old. Today, she works as director of threat research at Dragos, but during her early years, Carhart's opera singer mother pushed her to learn the violin and become good enough to play in competitions.

"My mother wanted me to be a classical violinist, but I was not interested in the instrument or that style of music," Carhart says. "I don't play anymore. People don't always realize what it take to be that good at an instrument. It takes a lot of dedication, and you have to practice, practice, practice."

Carhart credits her father for introducing her to other styles of music. He was always sneaking in listening sessions of Pink Floyd and the Alan Parson Project, she says.

After high school Carhart went into the Air Force, where she volunteered to learn about electronics. After her stint in the military, she went to college at DePaul and studied computers. 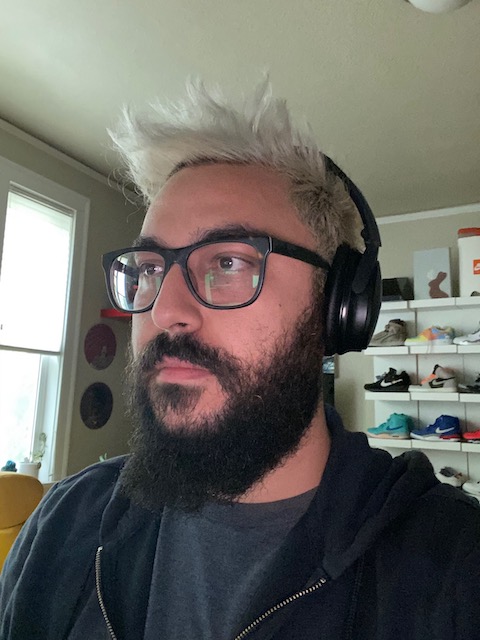 For Tarik Saleh, senior security engineer and malware researcher at DomainTools, listening to music while hacking centers around not being distracted.

"I was never formally diagnosed, but I have what I call 'shiny object syndrome,'" Saleh says. "I'm so jealous of people who can sit down and do one task."

Saleh says he tends to move from project to project, so listening to music that keeps him focused is essential. It's also important to listen with a good pair of noise-canceling headphones, he says. 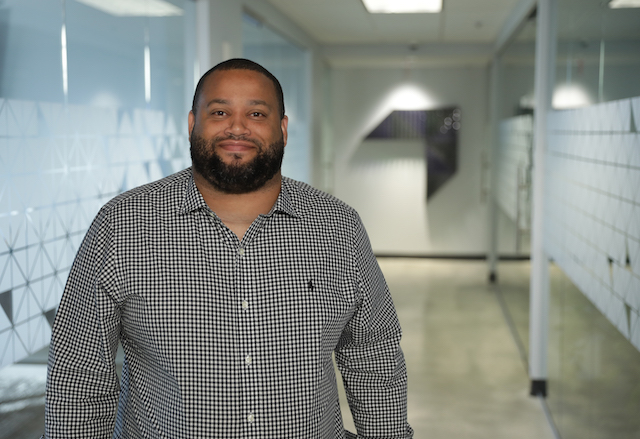 Marcus Carey: Hacker to the Core

Getting in the zone for a hacking session is a two-step process for Marcus Carey, enterprise architect at ReliaQuest.

First, he listens to some electronic music or hip-hop to get himself psyched up. Then once he's ready to go, Carey switches to instrumental music, sometimes classical music, or the jazz music played on SiriusXM's Watercolors.

"Music is definitely a part of hacker culture," he says. "I listen with headphones because I don't want to be distracted. A lot of us in hacking are ADHD, and the music is therapeutic. The music helps us concentrate."

If Carey listens to music with words while hacking, it has to be in a foreign language he doesn't understand. That includes Italian, Spanish, French, Japanese, and various African languages. Carey also listens to the Nerdcore rap first popularized by MC Frontalot in the early 2000s -- music he calls a staple of hacker culture.

"I will listen to anything so long as the beat is nice and I can concentrate on my work and lock in," Carey says. "When the lyrics are in a foreign language, it doesn't distract me. Music is the soundtrack of our lives. It helps us vibe out. It's an abstract that you can't touch. You just feel it." 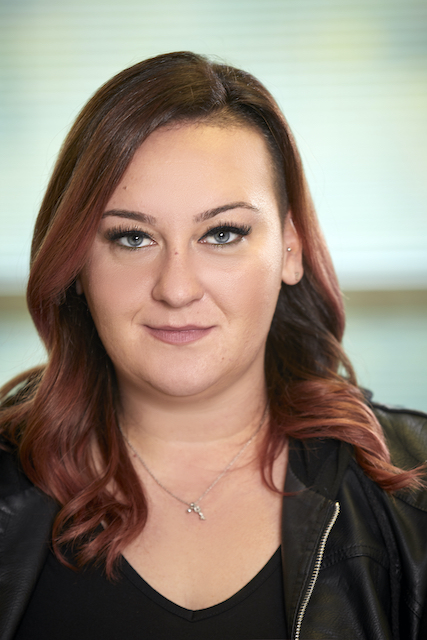 Just about everyone in Stephanie "Snow" Carruthers' family sings or plays music.

"My mom plays piano and sings, my dad plays the ukulele and guitar, my grandparents sang and played the piano, and my son plays the piano," Carruthers says. "Music was always big in my family. My grandmother loved rock from the 1950s, like Chuck Berry, Elvis Presley, and Jerry Lee Lewis. And I still love listening to jazz from the 1940s, music like Ella Fitzgerald, Frank Sinatra, and Nat King Cole."

While Carruthers may be the only one in her family who doesn't play or sing, music has inspired her to become a well-known hacker and security pro. She now works as people hacker for IBM's X-Force Red team and is a frequent speaker at Black Hat and other industry conferences.

Listening while hacking consists of two components, Carruthers says. For testing and hacking, she'll listen to electro pop and anything with a good beat. When she's in the reporting/writing phase, she dials it back a bit with lo-fi hip-hop and jazz vocalists from the 1940s to 1960s.

Her favorites include Lofi (writing music), 40s to 60s music, and technopop (for hacking). 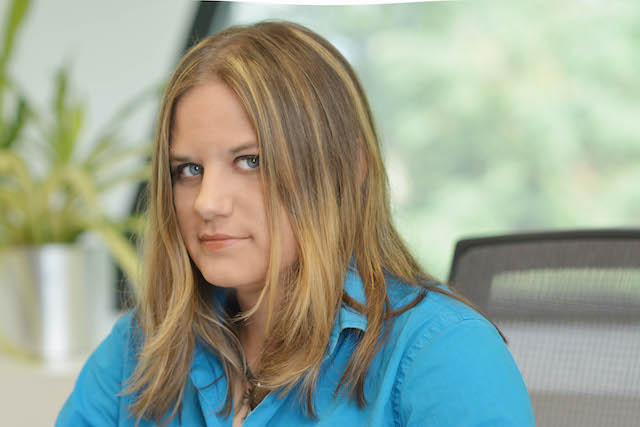 Georgia Weidman, founder and CTO of Sevriah and Bulb Security, also has a two-pronged method of using music to keep her hacking up.

For the most part, she likes listening to female singer-songwriter folk pop, such as Mary Chapin Carpenter, Sarah McLachlan, and Taylor Swift. In an email she sent explaining her musical tastes, Weidman said she was listening to Taylor Swift's Folklore album at the time. The song "This is Me Trying", she says, is a personal favorite and often servers as her "psyche up to get working" music.

"I can't really listen to anything with English lyrics while [deep into] working as it breaks my concentration," she says. "I like Carmina Burana by Carl Orff. Pretty much everyone has probably heard the first song 'O Fortuna,' as it's a staple of movie trailers, but there's actually 25 songs in it, based off medieval poems. My favorite is 'Tempus est iocundum.'"

Weidman also likes video game music and has always been a real fan of "Final Fantasy" and the music in the series by composer Nobuo Uematsu. Her favorite is "One Winged Angel" from Final Fantasy 7.

"It's from the final boss battle in that game but has become a classic," Weidman says. "There's tons of recordings of it being played by top orchestras around the world. And every time there's a new FF7 game, there's a new version of the song to go with it. The one from the "Advent Children" movie may be my favorite. It's a bit more rock and roll, but the lyrics are still Latin so it works as a work soundtrack." A big portion of the original version of Weidman's book "Penetration Testing: A Hands-On Introduction to Hacking, was written to that song, she says. 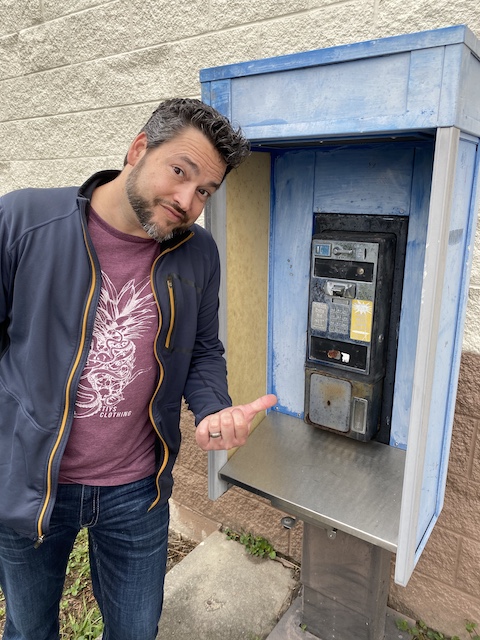 By this interview, I had grown chagrined that very few of the hackers listened to jazz, my personal favorite. I realize it's not the music of this generation, or even my generation of Baby Boomers, but still.

John Sawyer, director of services at IOActive, offered me an explanation. Most of jazz is based on improvisation, he says. The long riffs jazz players take are often distracting and don't offer the white noise hackers seek to get into a zone.

"Some of the riffs get crazy," Sawyer says. "I prefer orchestral music, especially music from movie soundtracks."

Sawyer's also a big fan of alternative rock from the 1990s. He even dedicated a 2004 GIAC paper to the bands Godsmack, Linkin Park, Stone Temple Pilots, and White Zombie.

"I'm also a big fan of the Marvel films and the orchestration in those movies," says Sawyer. "If you listen carefully, you'll see that every character has his or her own theme song that's played throughout the movie."

Sawyer also uses binaural beats, which are generally described as an auditory illusion caused by listening to two tones of slightly different frequency, one in each ear. Sawyer says people use them to sleep and also to focus on work for long periods of time. Check out the SleepStream app to hear what he's talking about. For concentration, Sawyer recommends experimenting with Quantum Focus. 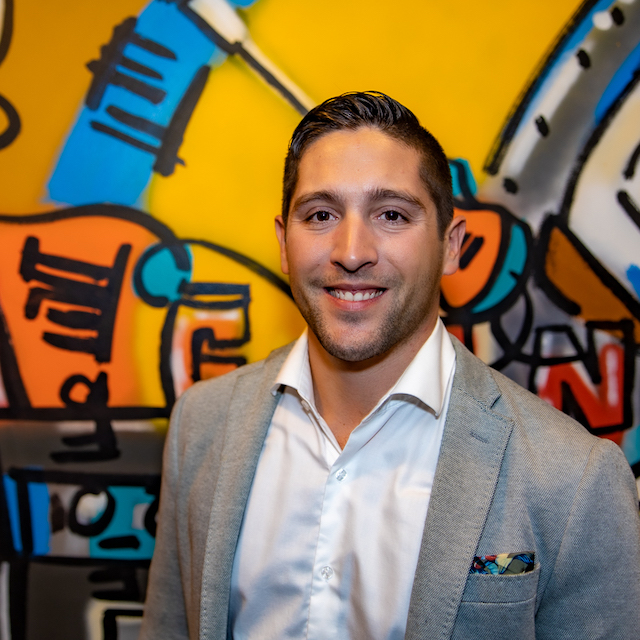 Ron Brash: Fight It (We Got to Fight Today)

Ron Brash, director of cybersecurity insights at Verve Industrial Protection, listens to a broad mix of music. For getting in the hacking zone, he likes classical orchestral music, preferably a full orchestra as opposed to a soloist. And he really likes early jazz (yes!) from the 1920s and 1930s, complaining that much of the jazz played today doesn't really have the "swing" essential to good jazz.

Brash will also listen to electronic/trance music, punk rock, ska, and classic rock from the Vietnam War era. "I grew up with classic rock. There was always Neil Young and John Fogerty playing in my house," he says. "I'm not a huge fan of popular music, but I do listen to hip-hop."

Here are links to some of Brash's favorite tracks: for focus music: electronic/trance; for watersports and remedial work: punk rock and ska (Ron was a professional wakeboarder at one point); Vietnam-era music for casual work; random current artists; blast from the past (CunninLynsuists - rap); and an album he can't shake: Wolfmother's first album. 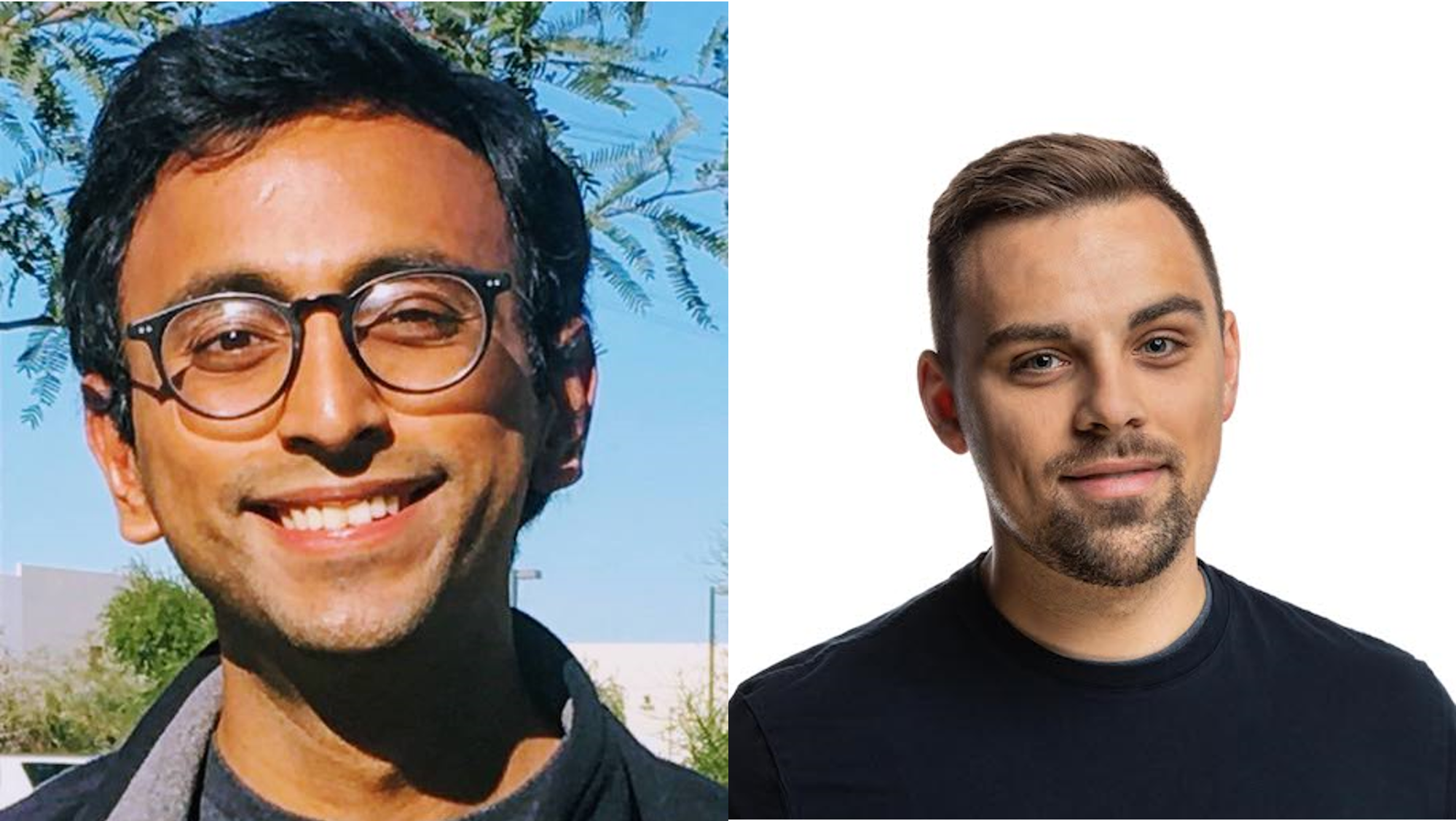 Aarav Balsu, a security consultant at Bishop Fox, has come a long way from the UAE, where he grew up in an Indian family who listened mostly to Bollywood hits and some "classical" Indian tabla music.

"We also had video games available so I would listen to the soundtracks," Balsu said.

Balsu also listens to Yiddish music for inspiration and has discovered Phonk, which he says has some elements of jazz and reflects a fascinating new synthesis between '80s to '90s nostalgia, bleeding-edge trap production, plus '90s Memphis hip-hop samples. (Here's one he strongly suspects uses Bollywood samples.) Balsu says he's also been listening a lot to Taiwanese hip-hop.

Security consultant Nazariy Haliley had a big impact on the Bishop Fox music blog post, where he posted the Digital Goosebumps playlist on Spotify. While working, he prefers music that will ground him. Heavily electronic, the playlist includes songs by trap/electronic artist RL Grime and downtempo musician Klasey Jones. He's also a big fan of the music from the "Doom" video games.

Steve Zurier has more than 30 years of journalism and publishing experience and has covered networking, security, and IT as a writer and editor since 1992. Steve is based in Columbia, Md. View Full Bio
Email This  |
Print  |
RSS
More Insights
Webcasts
Multi-Factor Authentication Hacks and Phishing Resistant MFA Solutions
Securing the Modern Enterprise: Protecting the New Edge
More Webcasts
White Papers
A Definitive Guide to Critical Managed Detection and Response Capabilities
Covenant HealthCare: ITSM & Projects Together for a 'Single Pain of Glass'
More White Papers
Reports
Implementing Zero Trust In Your Enterprise: How to Get Started
2022 IT Salary Survey
More Reports
Copyright © 2022 UBM Electronics, A UBM company, All rights reserved. Privacy Policy | Terms of Service