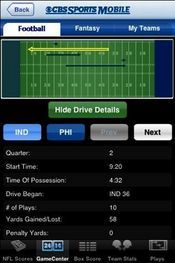 (click image for larger view)
Mobile Football Madness: Best Apps For The Gridiron
While touting its large investment in Alibaba, China's largest e-commerce company, Yahoo is saying "no comment" to reports the relationship between the two companies is deteriorating.

In an apparent attempt to address reports that problems between the companies had recently gotten worse, Yahoo chief executive Carol Bartz said Friday that Yahoo's "investment as a shareholder in Alibaba Group is strategic and a great one for our company and our shareholders."

"We are not going to comment on any private discussions we may or may not have with our strategic partners," Bartz said in a statement. "As with all matters like this, any decisions regarding this investment would be driven by what will create the most value for our shareholders."

Yahoo has a 39% stake in Alibaba, which controls the largest e-commerce sites, both business-to-business and consumer, in China. Signs that tensions were growing between the companies surfaced in June when top management of Alibaba said the company wanted to buy back its entire stake, including Yahoo's investment, and list itself on a mainland China stock exchange.

Yahoo paid $1 billion for its stake in 2005 and relegated its China operations to Alibaba. Over the last five years, however, the companies' relationship has been anywhere from rocky to downright ugly.

For example, in January 2009, then-new CEO Bartz told Alibaba management that she was unhappy with the way they were running Yahoo China. More recently, in January Alibaba criticized Yahoo for supporting Google in its dispute with the Chinese government over censorship. At the time, Alibaba said Yahoo's stance "was reckless... given the lack of facts in evidence."

Nevertheless, Bartz told an annual shareholders meeting last week in San Francisco that the company was happy with the return on investment from Alibaba and said it was a good way to invest in China without getting involved in the country's politics.