South Korean multinational LG Electronics Thursday confirmed that its smart televisions can track what consumers are watching, and that they continue to do so even after consumers select a preference that purports to deactivate that tracking.

Viewing data -- including viewing duration, real-time tracking of the selected channel, and the names of all files stored on connected USB drives and network shares -- "is collected as part of the Smart TV platform to deliver more relevant advertisements and to offer recommendations to viewers based on what other LG Smart TV owners are watching," according to a statement LG emailed to security researcher Graham Cluley. 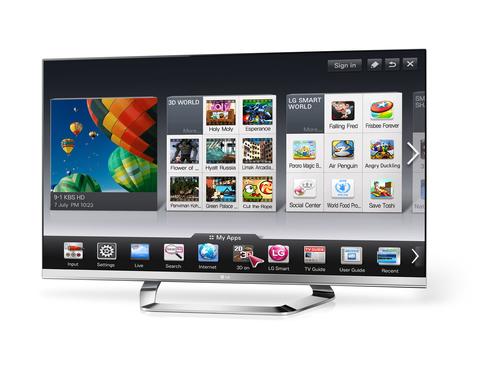 LG promised to issue a firmware upgrade to honor consumers' opt-out preferences. It also promised to remove a feature that collected filenames and folder names on connected USB drives and network shares. "This feature, however, was never fully implemented and no personal data was ever collected or retained," said LG. "This feature will also be removed from affected LG Smart TVs with the firmware update."

Cluley criticized LG for failing to apologize for tracking its customers despite the company's claim that "our customers' privacy is a very important part of the Smart TV experience." He also criticized the company for creating a system that sent viewing data over the Internet in plaintext format, meaning that it could be easily intercepted. "I assume they're not sorry because they've passed up the opportunity to apologize to the consumers who may find it disturbing that their TVs were spying on their viewing habits, and the files on their USB sticks," Cluley said in a blog post.

Despite LG's promised firmware changes, consumers will likely be no wiser about how their viewing habits are being tracked or how they can stop that from happening. In addition, finding firmware updates that fix the always-on tracking problem will require users to manually check for firmware updates (menu >> network >> software updates) once they're available and ensure that the TV is connected to the network via an Ethernet cable, since LG's support site notes that wireless Internet connections are not reliable enough for firmware updates.

LG's data collection practices came to light Monday, after a security researcher known as DoctorBeet reported in a blog post that his LG smart TV was "logging USB filenames and viewing info to LG servers."

DoctorBeet started investigating what data his TV might be collecting after he found advertising displayed on its "smart" screen, along with a "creepy corporate video" -- which LC has since deleted -- that advertised LG's data collection practices to potential advertisers.

Buried in his TV's preferences menu DoctorBeet also found a "collection of watching info" setting, which was active by default. When that setting was active, it transmitted a unique device ID and name of the channel being watched. Every channel change triggered a signal to LG's servers, and overall viewing duration appeared to also be tracked. Furthermore, DoctorBeet found that the TV was also sending the names of all files that were stored on an external USB hard drive connected to the TV.

All that information continued to be transmitted even after turning the "collection of watching info" setting off, although the transmitted data did then include a special flag, meaning LG may have intended to discard the data.

One caveat, DoctorBeet noted, was that the URLs to which the TV tried to send data didn't appear to exist, because they resulted in HTTP 404 errors. "However, despite being missing at the moment, this collection URL could be implemented by LG on their server tomorrow," DoctorBeet explained, "enabling them to start transparently collecting detailed information on what media files you have stored."

DoctorBeet, who lives in Britain, emailed LG to ask why the company was insecurely collecting data on consumers' viewing habits and ignoring the opt-out setting. In response, LG's help desk told him that by using the TV, he'd agreed to certain terms and conditions and that he should take up any related complaints with the retailer that had sold him the television.

DoctorBeet's finding were corroborated Thursday by a security researcher -- posting under the name Mark -- who found that his LG television was not only tracking his viewing habits but was also cataloging and sending the names of all folders and files on networks that had been shared with the device. He also noted what appeared to be regional firmware variations in LG devices, including no option on his smart TV to disable viewing data collection.

The use of cloud technology is booming, often offering the only way to meet customers', employees', and partners' rapidly rising requirements. But IT pros are rightly nervous about a lack of visibility into the security of data in the cloud. In this Dark Reading report, "Integrating Vulnerability Management Into The Application Development Process," we put the risk in context and offer recommendations for products and practices that can increase insight -- and enterprise security. (Free registration required.)

Comment  |
Email This  |
Print  |
RSS
More Insights
Webcasts
5 Steps to Integrate SAST into the DevSecOps Pipeline
Are You Ready for When Cyber Attackers Get In?
More Webcasts
White Papers
Simplify Your App Security
[IT Trend Report] The Future of Cloud
More White Papers
Reports
Can You Spare 10-12 Mins to Help Us Out with a Survey on Tech Trends?
Got 7 Minutes? Dark Reading Needs Your Help With Our Survey on Incident Response
More Reports
Copyright © 2020 UBM Electronics, A UBM company, All rights reserved. Privacy Policy | Terms of Service