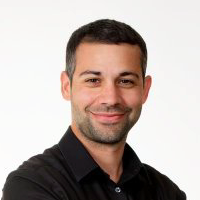 Imagine Game of Thrones' Daenerys Targaryen, Arya Stark, and Cersei Lannister on the front lines in the real-world battleground of enterprise security.

Season 8 of the award-winning and critically acclaimed HBO Game of Thrones series ended a long, exciting saga spanning almost a decade, keeping viewers spellbound by the citizens of Westeros and Essos. It was dominated by three powerful women: Daenerys Targaryen, Arya Stark, and Cersei Lannister. Each of these fictional leaders has a lesson for us in the real world of cybersecurity.

Lesson 1: Security policies shouldn't lay waste to user productivity.
First is Daenerys Targaryen. As Daenerys evolves through the series — and gets kicked around by everyone — she finally gives in to her worst instincts. In the end, she unleashes her most formidable weapon, Drogon, her last dragon, in an epic example of overkill, burning to the ground the very center of power she coveted: Kings Landing and the Iron Throne. Cybersecurity leaders, who live day to day with the frustrations of managing enterprise security, can take a lesson from Daenerys in how to avoid implementing heavy-handed policies.

For example, if an employee triggers a security incident by opening an Excel file from an unknown email sender, you would never implement a total ban on the use of Excel. Similarly, punitive measures against users who repeatedly fail a phishing test would likewise not be a productive response. Nor would you excoriate the user for their stupidity, however tempting. You want the organization on your side, including your most valuable allies in the various lines of business and the C-suite. After all, you don't need stealth IT to rise from the ashes of a scorched earth policy or an army of disgruntled users attacking your rear flank. Rather than chastising users or calling them out, help them by reinforcing the value of security training.

Lesson 2: Value your eccentrics and white hat hackers.
Up next is Arya Stark, who wields a small sword in her left hand, is wolf-blooded, impulsive, and "always difficult to tame." She offers a metaphor for staffing challenges in the face of ever-more-sophisticated criminals probing your attack surface with innovative new types of malicious code and delivery mechanisms. As defending your corporate networks becomes more and more of a black art, you need the small players and specialists like Arya who was bored by embroidery and other "lady-like" pursuits. These brilliant minds may be fascinated by cyber war and training in the use of technical arms. Also, like Arya, they may not care about the throne. They may not be ready for leadership roles but their specialized skills can be invaluable in key individual contributor roles.

What's more, when you embrace diversity and welcome the nonconformist into your team, it could pay handsomely in knowledge and the building of problem-solving tools. An unconventional employee, for example, might be the penetration tester who saves you when hackers launch what amounts to your cyber battle of Winterfell. Seek out the strengths of your analysts; that person may have the ability to think like a criminal or a bad actor, and may even have the cybersecurity equivalent of a Valyrian steel dagger up her sleeve when it's needed.

Lesson 3: Be careful when you engage your adversary by hacking back.
Hail Cersei Lannister, the First of Her Name and Protector of the Seven Kingdoms — and our third and perhaps strongest woman leader in GoT. Well, at least she was until she made the fateful mistake of provoking Daenerys to attack King's Landing by killing her friend, Missandei. We know that didn't work out so well. It's the same mistake many IT professionals make when they embark on offensive security: They underestimate the will and tenacity of the enemy, who often has little to lose.

The popularity of offensive hacking — counter-attacking a hacker as deterrence — is betrayed by the lack of offensive hacking courses available. So, consider well before taking your armies down this road. First of all, there are legal issues around hacking anyone — even a criminal or part of your own organization. An even more important consideration when triggering your cyber enemies: You have only a few people who are most likely already stretched thin defending a large attack surface. And on the other side of your firewall? There may be a provoked adversary with time, numbers, technology, and persistence on their side. Once you engage them, be prepared to survive an onslaught. Cersei, too, had a wall. But it didn't offer much protection against a flying, fire-breathing dragon, and an endless stream of the Unsullied and Dothraki.