If ransomware targets medical devices, exactly how will an attacker deliver the ransom note to the victim?

Over the past two years, ransomware has spiked in popularity -- both by attackers and in media headlines. This is due in large part to attacks on the general public, who in turn had to fork over cash to regain access when attackers locked down their computers.

With victims increasingly agreeing to pay the ransom, these attacks have evolved into a lucrative business, where cybercriminals are now targeting organizations, large and small, from police departments and banks, to hospitals that store our vital medical data. And ransoms are higher than ever before, with one campaign, CryptoWall 3, having extorted an estimated $325 million.

The issue has become so elevated that the Institute for Critical Infrastructure Technology (ICIT) recently released a report covering the current state of ransomware and threats it may pose in the future. The report suggests that the next inevitable target for ransomware is the Internet of Things (IoT), most notably medical devices.

That poses a very vital question: Is an attacker really primed to hold our pacemakers (or any other critical medical devices for that matter) for ransom?

Graham Cluley, commenting on the ESET blog, claims the threat is not far-fetched, but brings up an interesting question: If ransomware targets medical devices, exactly how will an attacker deliver the ransom note to the victim?

Indeed, laptops, tablets, phones, and other devices have screens, but pacemakers don’t, meaning this kind of attack will require multiple stages. A “smart” pacemaker will probably be controlled by a computer or phone, so the attacker will need to go through these steps: first, hit a device with a display screen; second, perform additional reconnaissance and determine whether it has any IoT devices connected to it; third, lock the IoT devices found; and then finally, pop a ransom note to the user of that computer or phone.

That said, some IoT devices are equipped with an LCD display. Modern cars, for example, have a computer onboard that controls a good deal of the components of the vehicle. Last year security researchers Charlie Miller and Chris Valasek showed how to pretty much take full control of a Jeep Cherokee and also demonstrated that numerous other cars are vulnerable to the same attack. If ransomware took control of the car, it could display the ransom message on the LCD screen or even use the voice generator of the car’s entertainment system. This, however, was a very complex multi-stage exploit that took three years of research.

Pacemaker or PC: Which is really at risk?

For ransomware targeting medical devices, it’s unclear how viable the scenario really is. While it’s likely some criminals will eventually try to infect IoT devices with ransomware, it’s debatable whether it will really take off and reach the scale of current PC ransomware, which is not even as prevalent as other types of malware, according to Microsoft. This contradicts the opening statement of the ICIT report, which says, “2016 is the year ransomware will wreak havoc on America’s critical infrastructure community.” Wreak havoc it will, but if Microsoft’s research is correct -- on a smaller scale than other malware.

We’re now at a point where ransomware has not even conquered the PC world, but it’s already bringing enormous profits to its authors. Does this mean that the underground economy is in balance and we should not expect it to shift significantly to hit IoT, particularly pacemakers, anytime soon?

To answer that, you have to look at the question from the attacker’s perspective. Millions of people use Windows, Internet Explorer, Adobe Flash, etc. Writing one good exploit for, say, Internet Explorer 11 on Windows 7, pretty much guarantees thousands of infections and good profits. Why then would attackers go outside their comfort zone and try to target IoT devices which are far less prevalent than Windows computers and currently have no evident market leader?

They probably wouldn’t if they want to expend the least amount of effort for the maximum results, which is how most financially motivated attackers operate. Besides, although many IoT devices lack security, executing mass attacks with reliable monetization schemes is a challenge.

Targeted attacks are a different story; the more an attacker wants to reach a target, the harder he or she will work to get at the target. Right now, ransomware attacks are targeted at victims that attackers expect will pay, but the victims are easy to reach and if the attack fails, the attackers move on to the next easy target.

With ransomware hitting so many companies and increasingly important targets, like hospitals, I can't help but wonder if IoT devices will be the next targets. I don't think that's going to come anytime soon. That said, there are other dangers lurking for the IoT because device makers aren't building security into the devices and internet connectivity is occurring faster than device manufacturers can keep up with the security implications from software bugs and misconfigurations.

Researchers have shown that a host of connected medical devices can be hacked, from pacemakers to insulin pumps. It's one thing to hold data for ransom; it's another to remotely attack a life-saving device. Either way, it's time to pay closer attention to the security of all connected devices.

Vadim Kotov is a security researcher working with Bromium Labs. He has extensive experience in areas of reverse engineering, malware analysis and machine learning. He has presented and/or published research at USENIX CSET, Virus Bulletin and DerbyCon. He also is an active ... View Full Bio

Be the first to post a comment regarding this story.
Editors' Choice
1
Name That Toon: Road Trip John Klossner, Cartoonist,  5/17/2021
1
Why You Should Be Prepared to Pay a Ransom Christopher Muffat, CEO and founder,  5/12/2021
1
A Startup With NSA Roots Wants Silently Disarming Cyberattacks on the Wire to Become the Norm Kelly Jackson Higgins, Executive Editor at Dark Reading,  5/11/2021 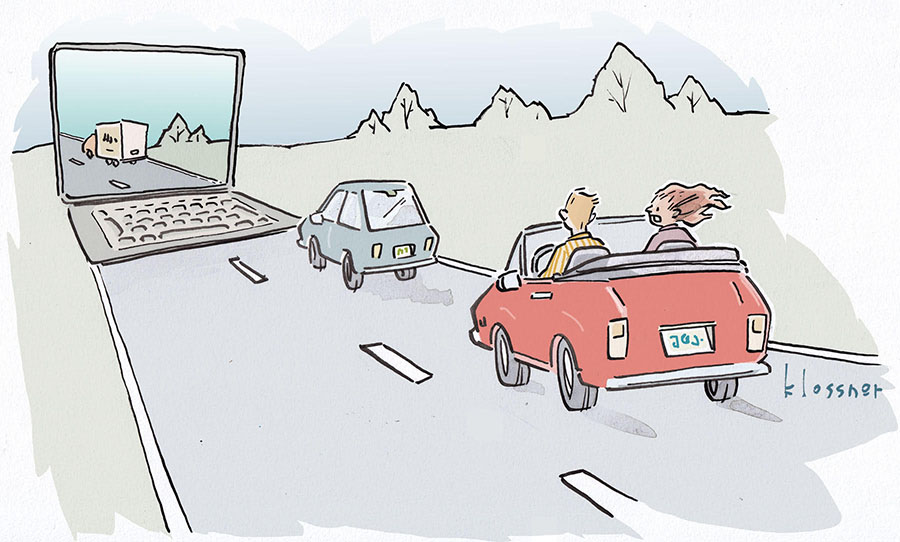