Companies are worried about security in the public cloud, but a new survey shows they don't understand the basics.

A new survey shows that companies are rapidly increasing their use of public cloud applications and services, but that concerns about security are holding back even faster growth. Among the issues is confusion about just which players in the overall security picture are responsible for various aspects of cloud protection.

The research, conducted by Vanson Bourne and sponsored by Barracuda, interviewed 300 "decision makers" from organizations of various sizes, all of which are currently using infrastructure-as-a-service (IaaS). Researchers found that Microsoft Azure, Amazon Web Services and Google Cloud Platform are the leading public cloud providers with 68% of respondents using more than one provider because they feel that each platform has unique strengths. 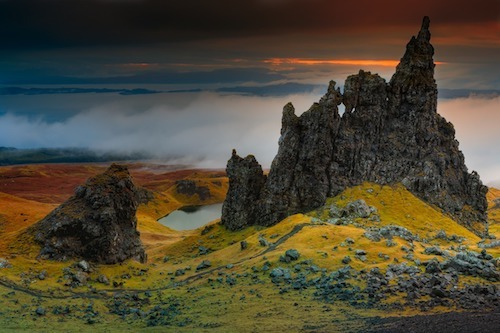 For more than half (52%) of those responding to the survey, using different cloud providers also has security benefits, an important consideration when 74% said that concerns about security restrict the degree to which their organization is moving to the cloud.

Once an organization has made the move to a cloud infrastructure, moving additional applications and services to the cloud becomes easier. After the initial move, organizations reported that their cloud use doubled within the first five years. The reason for the increased cloud use varied, though the companies responding to the survey were almost unanimous in saying that they received multiple benefits from their cloud migration.

Lower cost (58%) and greater scalability (56%) were the primary benefits seen from a cloud move with an average ROI of 29% from the move. The benefits are crucial, especially given that key elements of cloud security seem poorly understood.

The Shared Security Model is the basis of most cloud security plans. Simply put, it states that the cloud provider is responsible for the infrastructure's security while the customer is responsible for securing the data they place within the security. Different cloud providers use slightly different language, but the basic understanding is consistent across the industry.

In this survey, though, more than 75% of those responding said that cloud providers are responsible for securing data on the cloud while 66% see cloud-based applications as part of the cloud providers' responsibility. While this is going on, more than 90% said that they are worried about using a public cloud -- creating a situation in which the vast majority of cloud users are concerned about security problems that they feel are, essentially, out of their hands.

It seems that the key takeaway from the research is that organizations using the public cloud should quickly gain a thorough understanding of the shared responsibility model of security. Knowing who is responsible for which pieces of security means that the proper party can take action to control access and secure information.