Former cybersecurity coordinator to President Obama, and renowned veteran of the security industry, passed away Thursday.

The security industry is mourning the loss of Howard A. Schmidt, 67, who served under both President George W. Bush and President Barack Obama as their top cybersecurity advisors after holding top security posts at Microsoft and eBay.

Schmidt's post under Obama, from 2009-2012, was the very first White House cybersecurity coordinator.

His distinguished career spans public service and private sector posts, including more than 26 years of military service starting with the US Air Force and later serving as an Army Reserve Special Agent with the Criminal Investigation Division's Computer Crime Unit. He served as President and CEO of the Information Security Forum, and later as the executive director of SAFECode, and was a partner in Ridge-Schmidt Cyber, an executive services firm.

Uniting government and private-industry security expertise was the underlying theme of much of Schmidt's efforts as Obama's cybersecurity czar. In an interview with Dark Reading in 2011, Schmidt stressed the need for the feds to help private industry by sharing attack intelligence. "We are able to coalesce intelligence ... the government has information that comes from its unique position, so part of this is taking that information and [showing] we care about putting the bad guys in jail," he said. "We want to make sure we are sharing with our private-sector partners."

On Schmidt's watch in the Obama administration, the White House announced its National Strategy for Trusted Identities in Cyberspace (NSTIC), as well as the establishment of an international cyberstrategy on how the US would respond and defend itself in the face of cyberattacks by adversaries. He once warned of the "cascading effects" of targeted malware attacks against nation-states. 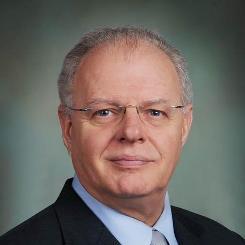 Schmidt was well-respected and revered as a dedicated public servant and leader in the cybersecurity realm and his former colleagues and friends today remembered him with tributes on social media.

Steve Lipner, the current director of SAFECode and friend and former colleague of Schmidt's said today in an interview with Dark Reading that Schmidt was a "real leader in the industry" and "very committed to public service."

The two first met while working at Microsoft in the late 1990s, where Schmidt helped shape Microsoft's game-changing shift to software security. "The focus on security at Microsoft was ramping up in late 2001, 2002, in large measure because of the things he [Schmidt] drove behind the scenes," Lipner said.

Schmidt left Microsoft after being called up by the Bush White House to serve as its cybersecurity advisor in 2001. "He left to go join the White House because he felt that was a higher calling, something he ought to do," Lipner said.

"He was a very practical, down-to-earth guy. He was very dedicated to security and doing security right," Lipner said. "He was also just a good person ... a friend. And a nice guy."

Schmidt was an avid outdoorsman who enjoyed riding his Harley-Davidson and spending time with his family, including eight grandchildren.

Schmidt passed away this morning, March 2, at his home in Muskego, Wisconsin, following a long battle with cancer.