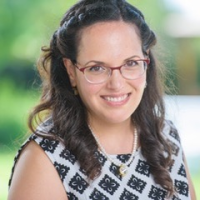 Hackers are becoming increasingly bold, brazen, and cunning. To defend our connected world against the threat of increasingly mischievous, imaginative, and reckless hackers, cybersecurity experts must also learn to embrace "childish" qualities such as creativity, fearlessness, and natural curiosity.

As a mother of two, I have long observed that many of the qualities effortlessly expressed by my children are shared by the best cyber defenders in our company. Here are four important lessons white-hat hackers can learn from them.

Throw Out the Box
We are often advised to think outside the box to deliberate in new and creative ways, but for children there is no "box" — and perhaps the supposition that there is a box to begin with is what really boxes us in.

Cybersecurity is a constant game of cat and mouse. What's secure today is at risk tomorrow as black-hat hackers continually find increasingly imaginative ways to threaten our connected world. To win this battle of the minds, cyber defenders must recapture their inner creative selves.

In a NASA study that tested the creativity of 4- to 5-year-olds, 98% of participants scored as "creative geniuses." Testing on the same group every five years revealed that this percentage decreased as children matured. When the same test was carried out on adults, a mere 2% scored at creative genius level.

By challenging themselves to think beyond conventional constraints, cyber defenders can stay one step ahead of attackers. This means that even after securing an asset with a newly conceived architecture, there can be no room for complacency — defenders must constantly reconfigure solutions to solve problems they may have never even conceived before.

Be a Sponge
Kids are constantly learning new things, both consciously and unconsciously — take language acquisition as a prime example. Cybersecurity professionals must figure out how to adopt this absorbent quality.

Why? Because cybersecurity as a profession requires a deep understanding of a wide array of technological fields in order to defend any given organization, whatever their specialty. From information technology to operational technology, networking to mobile phones to the Internet of Things, industry professionals must be constantly up to date with developing technologies and methodologies. Hackers themselves are well-versed in a world of knowledge outside of the cyber realm — and defenders must be as well.

To take an obvious example from the world of biology, some of the most sophisticated malware has been modeled on the way real viruses spread their natural destruction. A deep familiarity with the epidemiology of spreading pathogens could go a long way toward immunizing against computer viruses in the cyber realm.

Daydream!
As kids, we spend much time daydreaming, but as adults we are under immense pressure to stay focused. Ironically, this drive is not always necessarily the path to productivity.

Though daydreaming may feel like a waste of valuable time, studies show that it is actually a mentally engaging activity that can lead to creative connections and insights. Researchers at UC Santa Barbara found that people whose minds wander are generally the most creative and best problem solvers due to their ability to work on one task while processing other information and making connections among ideas.

It may sound counter-intuitive, but by slowing down, letting your mind wander, and letting ideas sink in, cybersecurity professionals will see a difference in their ability to connect the dots in a world fraught with chaos. Carving out time to daydream during your hectic work schedule might actually be just what you need.

If at First You Don't Succeed…
Parents encourage their children to try new things and not fear failure. But too rarely do adults live according to their own advice.

A perfect example is the marshmallow tower challenge, in which a team is tasked with building the tallest possible tower using only spaghetti, tape, and string to support a marshmallow. Among the most successful at this task are young children, who outperform most adults with their tall, creative structures. While adults often execute what they believe is the single best solution, children use what designers call "the iterative process" — starting with the marshmallow on top and building successive prototypes down below. This method gives them constant feedback about what works and what doesn't: In other words, they try and fail until they succeed.

Check out The Edge, Dark Reading's new section for features, threat data, and in-depth perspectives. Today's featured story: "Beyond Burnout: What Is Cybersecurity Doing to Us?"

Michal Bar is the Head of Cybersecurity Professional Services at Cylus, the global leader in railway cybersecurity. Prior to joining Cylus, Michal served as a cybersecurity consultant at the Ernst & Young Advanced Security Center in Tel Aviv for eight years. With over 15 ... View Full Bio