Who Is Hacking U.S. Banks? 8 Facts

Hackers have labeled the bank website disruptions as grassroots-level reprisal for an anti-Islamic film. But is the Iranian government really backing the attacks?
Mathew J. Schwartz
Contributor
October 23, 2012 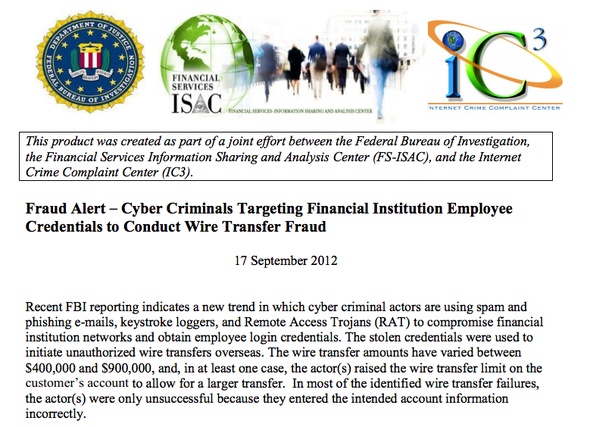 Supposed Muslim hacktivists aren't the only groups apparently gunning for U.S. financial institutions. Researchers at RSA recently warned of underground chatter they'd unearthed, suggesting that up to 100 botmasters were set to pool their resources--a few each, at a time--to launch Trojan applications that steal people's online banking credentials. The ultimate goal appears to be online bank log-in details for small and midsize businesses, allowing attackers to make fraudulent wire transfers.

After that warning, researchers at Trend Micro identified a list of 26 banks that will apparently be targeted.

The news of the forthcoming wire-fraud-transfer attack campaign follows the recent release of a joint alert by the FBI, Financial Services Information Sharing and Analysis Center, and the Internet Crime Complaint Center, warning of attacks that use "spam and phishing emails, keystroke loggers, and remote access trojans (RATs)," as well as variants of the Zeus financial malware, to target employees at financial institutions. According to authorities, attackers have successfully stolen between $400,000 and $900,000--at a time--by using stolen credentials to initiate wire transfers into overseas accounts. A similar heist was conducted earlier this month against the town of Burlington, Wash. Attackers successfully stole over $400,000 from the town's Bank of America account.