Both industries share many of the same issues as enterprises. But they also have a risk profile that makes them singularly unprepared for sophisticated threats

In social settings when people find out I’m a security guy, they frequently ask me similar questions. The first, for example, is about my online paranoia: “Do you leave money in a bank?” My response is well honed, including thoughts on online banking protections, account monitoring, and how using more than a simple username and password is a good idea.

One question, though, gets me on my soapbox real quick -- and that question is, “As a security guy, what industries scare you most?” I get that question more frequently than you might imagine and my answer is always the same -- the healthcare and electrical power industries. Here’s why:

In healthcare, the stakes are high -- the well-being of my family -- which is critically important to me. If a credit card company loses my data, I get a new card with free credit monitoring. If a healthcare provider loses my electronic patient information, I can’t get new information. That’s my stuff!

Stakes are also high for the electrical power industry, but for a different reason. If an attacker can shut down a grid during a sweltering August in the Southwest or during a freezing Chicago winter, the results would be widespread and potentially devastating. Many experts point to this as the doomsday scenario -- attackers globally shutting down our grid.

The reason the security of our healthcare and electrical power industries scares me is not just the impact, but how consistently ill-prepared both industries are to defend against sophisticated attacks. I say this as a 20-year security consultant who has worked in four different companies and delivered hundreds of security assessments, penetration tests, and other projects.

Nor am I alone in my views. The new Director of NSA, Admiral Michael S. Rogers, lists “power” as one of 16 areas of critical infrastructure that concerns him most, too. And, in muted tones, many security veterans believe that sooner or later Eastern European organized-crime hacker consortia or nation states will direct their attention to healthcare and electrical power targets.

But what scares me the most are four significant mismatches between the sophisticated attackers and defenders in both industries: 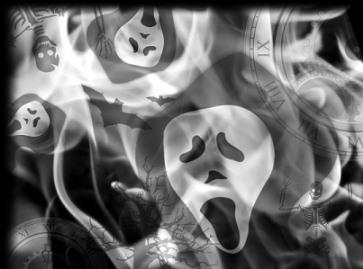 In healthcare, there are efforts to push patient information into Health Information Exchanges. These are meta-databases in the cloud to provide better and more responsive healthcare. Patients who need care away from home will have access to their private health information remotely. Regrettably, availability is trumping security on many rollouts. Healthcare.gov is more the standard and not the exception.

#2 A false sense of security
These industries view many cyber security threats in the abstract. There are no Targets or Home Depots in either industry, and arguably (at least as far as we know), sophisticated attackers are not attacking them. They’ve not had any near-death experiences, and because of the abstract nature of cyber security threats, leadership does not worry about attacks, and security budgets suffer. No daily threat of stolen money equals a false sense of security.

#3 Unfamiliar adversaries
Governmental organizations are used to getting attacked by nation states. Financial services companies are battling organized crime hacking syndicates who are both savvy and sophisticated. In the electrical and healthcare sectors, the likely adversaries will be nation states as part of a larger international crisis, or Eastern European hackers, when they find out how to monetize either target.

#4 Too much vendor trust
Both industries have a common denominator: highly trusted relationships with large systems and product vendors. But because they have worked so closely for a long time, they rarely question whether these partners conducted adequate security testing of their products or networks beyond simple vendor checklists. In the IT world, security leaders ALWAYS question vendor claims. In contrast, certain medical and electrical distribution products provide vendor lock-in and a client mismatch of power. Witness the many medical devices still running on Windows XP.

The healthcare and electrical industries share many of the same security issues as enterprises. But they also have a unique risk profile which makes them singularly less prepared to defend against sophisticated threats. Given the stakes, let’s hope this status quo changes soon.

John Dickson is an internationally recognized security leader, entrepreneur, and Principal at Denim Group Ltd. He has nearly 20 years of hands-on experience in intrusion detection, network security, and application security in the commercial, public, and military sectors. As ... View Full Bio
Comment  |
Email This  |
Print  |
RSS
More Insights
Webcasts
5 Steps to Integrate SAST into the DevSecOps Pipeline
Are You Ready for When Cyber Attackers Get In?
More Webcasts
White Papers
Using AI to Power AppSec
Simplify Your App Security
More White Papers
Reports
Can You Spare 10-12 Mins to Help Us Out with a Survey on Tech Trends?
Got 7 Minutes? Dark Reading Needs Your Help With Our Survey on Incident Response
More Reports
Copyright © 2020 UBM Electronics, A UBM company, All rights reserved. Privacy Policy | Terms of Service