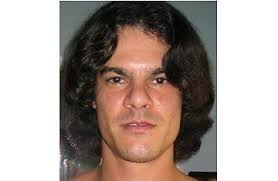 Between 2005 and 2007, Albert Gonzalez and co-conspirators hacked into payment systems at numerous retailers and stole data on what is estimated to be between 40 million and 90 million payment cards. Victims include TJX Companies, BJ's Wholesale Club, Sports Authority, Barnes & Noble, and Heartland Payment Systems. Gonzalez and his group sold the stolen card data to other criminals, with the resulting fraud impacting some 250 financial institutions.

Early in his criminal career, Gonzalez, now 38 years old, was given an opportunity to work as an informant for the US Secret Service for $75,000 per year. It was while he was in this role that he began pulling off the attacks against the retailers, leading to his arrest in May 2008. Gonzalez, who is reputed to have once thrown himself a $75,000 birthday bash, is currently serving a sentence of 20 years and one day at FCI Yazoo City, in Mississippi. His remains one of the longest sentences handed down in connection with a computer crime in the United States.