It's a full-blown crisis when a dozen major financial services firms admit to having their networks probed by the same attackers as those behind the JPMorgan Chase breach.

The one thing the seemingly never-ending string of security breaches highlights is the fact that the current online trust model as we know it is broken. The security compromises at JPMorgan Chase, Home Depot, Dairy Queen, and elsewhere are proof that it is time for industry stakeholders to go back to the drawing board. Clearly, the old model of throwing resources at perimeter defenses, sticking in a few intrusion and anomaly detection tools, patching, and praying is not working.

It’s bad enough when major retailers like Home Depot get compromised. It’s much worse when JPMorgan Chase, the nation’s largest bank, says intruders were able to break into its systems and steal data on a staggering 83 million consumer and commercial accounts. Having served as the Chief Information Security Officer at Fifth Third Bank and Bank One, respectively in Cincinnati and Columbus, Ohio, I can speak from personal experience. It’s a full-blown crisis when more than a dozen major financial services companies admit to having their networks being probed for weaknesses by the same attackers as those behind the Chase breach. This reflects the increasing technical sophistication and the audacity of those behind these attacks.

It’s not just banking and the retail industry that are vulnerable. Other sectors, some of them in critical infrastructure industries such as electric sector companies, are also dangerously exposed to similar threats from motivated, highly skilled adversaries. If the recently disclosed breaches are any indication, many of them are likely already compromised and don’t know it.

While it’s easy to blame the victims for their predicament, the problems go much deeper. It is hard to believe that an organization like JPMorgan Chase simply allowed intruders to waltz into its systems and walk away with all those credentials. According to Jamie Dimon, the company’s chief executive officer, JPMorgan Chase spends $250 million annually on computer security. Over the next five years, the bank plans on doubling that amount to minimize the risk of same thing happening again. 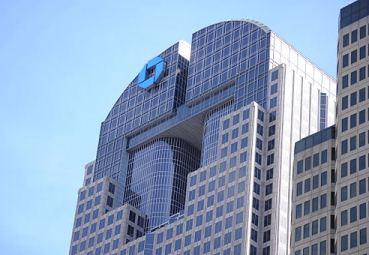 A lucky break for hackers?
That intruders were able to break through even the defenses that this kind of money can buy only proves the old adage: The bad guys only need to get lucky once. As Dimon noted in remarks at a financial service event in Washington recently, defending enterprises is also about internal protection, vendor protection, and about securing against everything that touches the enterprise network. “There will be a lot of battles,” he said. “Unfortunately some will be lost.”

Retailers, for instance, are frequent targets because magnetic stripe credit and debit cards used in the US are so easy to compromise. Migrating the payment system to smartcards based on the Europay MasterCard Visa (EMV) standard will make it much harder for criminals to clone and use stolen card data, thereby making it more difficult for hackers to take advantage of retailers.

Breaches like the one at Dairy Queen spotlight the need for all enterprises to pay attention to third-party service providers and the entire supply chain. Dairy Queen says attackers used login credentials belonging to a third-party vendor to access its networks and steal cardholder data belonging to customers across 400 store locations. DQ is not the first company to be victimized by a lapse at a third-party, and it won’t be the last.

At the end of the day, despite the wealth of technologies in a computer network, someone is still going to find a way to get in if they are determined and patient enough. The focus has to be not only on detection, response, and mitigation, but also on prevention. It needs to about reducing the overall risk profile.

It takes a village
Security vendors, hardware manufacturers, and cloud service providers need to be willing to work together to address the vulnerabilities that allow breaches to happen so often. Threat information sharing is a vital component of this partnership. One of the reasons perpetrators of the JPMorgan attack probed other financial services companies was because they figured their best chance of getting in would be before the banks started alerting each other about unusual activity. Better information sharing among enterprises, vendors, and other stakeholders should help deter such behavior.

Similarly, technologies such as one-time-use credit card numbers that change randomly with each transaction could make it more difficult for criminals to steal from retailers. Even simple measures like giving consumers the ability to specify spending limits over a particular time period could reduce fraudulent use of stolen cards.

There are no silver bullets, but if protection could extend across the entire supply chain, enterprises and the consumers they serve would be better protected. For instance, make it easier for enterprises to discover and secure applications based on employee use and business criticality. Tools such as strong encryption, key management, tokenization, and data loss prevention can help companies protect data in the cloud more efficiently.

Getting security right in this environment of non-stop breaches presents a huge opportunity for cloud and security providers to innovate. Addressing security comprehensively across private sector companies can create an environment that is resilient and transparent, and will allow us to prosper over the long term.


@macker490    Good point.   I would imagine that most are using some Microsoft OS somewhere along the chain.  Then the question becomes can a Windows based OS ever be "air tight" ?


@Marily Cohodas    Honesty I don't think retail is gleaning much from the Chase ordeal.   It is a common fallacy that seems to be running throughout transactional based businesses, the thought that , "Well, We haven't been hacked, so security must be adequate."    I am almost certain that thought crossed the mind of the CIO's at  Target and Chase.

I think the person at target at least lost their job, how about the "expert" at Chase ?


@BobWest     Thank you for outlining what the Financial Services can do better and quite frankly it astounds me that this list is as long as it is at this present time.  Online banking and the Net have been around for awhile now and to list things like "Retailers and financial services companies need closer collaboration"| is disturbing.


It shows that Banks are doing just enough to get "security signed off on" and nothing more.   I question the ability of those entrusted with security overall.   75 million records compromised and we have no one taking responsibility just some delayed trite message from  Chase Legal delivered by their inept CEO.


Banks want the responsibility of holding your money, well they better improve the ability to safeguard it and our data.   They have more than enough resources to have addressed and settled every point you mention - have they ?  Will they ?

an operating system that can be compromised by the activity of an application program is unacceptable and must be discarded.

authentication is one of the key problems in computing today.   it is critical to authenticate communication -- and transmittals -- not just financial messages but particularly software.

There are several things financial services companies can do better (some are in progress):

This only fuels the argument for around the clock security vigilance and stringent security protocols. It is not a disappointment to admit that security is always struggling to catch up to the rapidly evolving threat vectors. As stated in the article even the mightiest can be breached.

Annual penetration testing and regular reviews need to be mandated for all companies and this event is the perfect justification as to why.
Reply  |  Post Message  |  Messages List  |  Start a Board

Nice Blog, Bob. One question for you. If you think the recent financial breaches are the aha moment for all industries what are some of the lessons learned  sectors like retail can take from financial services -- and what further steps do financial services need to take to make their systems even more secure.
Reply  |  Post Message  |  Messages List  |  Start a Board
Editors' Choice
1
Global Dwell Time Drops as Ransomware Attacks Accelerate Kelly Sheridan, Staff Editor, Dark Reading,  4/13/2021
1
Malicious PowerShell Use, Attacks on Office 365 Accounts Surged in Q4 Jai Vijayan, Contributing Writer,  4/15/2021