Millions of personal information records were taken from Equifax. What went wrong?

Equifax is being accused of putting profit before protection after last week's massive security breach which may have hit as many as 143 million accounts containing sensitive consumer data in both the US and the UK. According to Bloomberg, the credit rating firm was served late Thursday with a class action lawsuit in federal court, alleging, "Equifax was negligent in failing to protect consumer data, choosing to save money instead of spending on technical safeguards that could have stopped the attack." The plaintiffs are seeking as much as $70 billion in damages.

Observers are skeptical that Equifax, which discovered the attack in late July, did everything it could to alert consumers in a timely way. It's possible that Equifax was conducting an investigation between then and now. But Ilia Kolochenko, CEO of High-Tech Bridge and a Forbes Tech Council member, said: "It's dubious. [This approach] still could endanger the victims. Most important now is to make sure that we do not underestimate the scale of the breach." 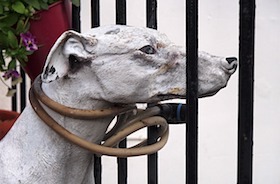 Morey Haber, vice president of technology at BeyondTrust, was more pointed. "Was the [attacked] web application known, or was it a zero-day exploit? If it was known, how old was it and why wasn't it remediated? If it was a zero-day, please educate the security community so we can protect our own websites!"

The ramifications are wide. Because the whole banking industry relies on the information Equifax supplies, there could be a fundamental breakdown in how the main authentication system for finance operates.

All told, consumer addresses, driver license data, birth dates, bank loan and child support payments, and some credit card information were lifted. According to Ebba Blitz, CEO of AlertSec, nearly half of the US population was affected, with 209,000 credit card numbers exposed and 182,000 customers losing personal identification data. Perhaps most important of all, in terms of consequence, SSN numbers were also taken.

Shuman Ghosemajumder, CEO of Shape Security, and formerly Google's Click Fraud czar, said, "There is an even larger implication here -- SSNs are frequently used as a former of private identification and authentication. If SSNs can no longer be treated as private information for most Americans, we need something to replace them for many of the ways they are used throughout society, and soon."

Nathaniel Gleicher, head of cybersecurity strategy for Illumio, and former director of Cybersecurity Policy for the White House under President Obama, told SecurityNow, "In virtually every major breach in the last five years, intruders broke into a low-value environment, and then moved laterally to a high-value target where they can steal data or cause damage. This applies to government breaches just as much as it does to private companies." With hackers moving to higher-value targets having entered in less risky environments, it surely won't be long before there's another attack that affects consumers.

Gleicher speculates that organizations are far more open inside their perimeter than they need to be. On average, organizations use less than 3% of the connections that they permit inside their environment. That's why lateral movement is still so easy, even as major breaches keep happening. And will continue happening.