Burritos with a side of delicious guacamole and potential identity theft.

The merry month of May couldn't end without another data breach and everyone's favorite fast-casual burrito company was the unlucky victim. Chipotle Mexican Grill has provided more details on a breach they first hinted at in April. For those who always read to the end, first: The breach was real, and it was everywhere. 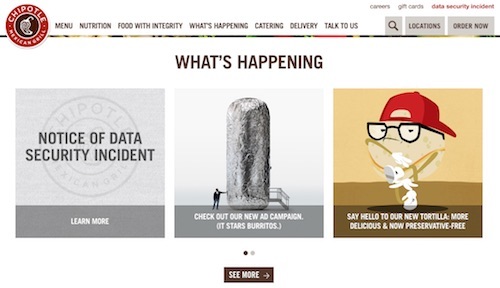 This latest in the ongoing series of corporate data breaches has a familiar ring to it because it contains the three major elements seen in many such breaches in the last few years:

Internet of Things -- The malware used to steal customer information didn't live on the servers or the network, Instead, it was planted on the point-of-sale (POS) terminals used to capture payment information at the restaurants. This is important because most IoT devices, including virtually all POS terminals are assumed to have software and firmware that never changes, or changes only when the vendor pushes a specific update. That assumption means that most of these terminals aren't covered by the same sort of change-management regimen enforced on other, more general-purpose endpoint, allowing hacks to take place and go unnoticed. Which leads to the next element...

Long duration -- Chipotle says that the malware was in place from March 24 until April 18 of this year. That's nearly a month of unfettered access to customer payment information. What kind of information? On a blog post aimed at investors, Chipotle said, "The malware searched for track data (which sometimes has cardholder name in addition to card number, expiration date, and internal verification code) read from the magnetic stripe of a payment card as it was being routed through the POS device."

Most security experts say that effective layered security includes the ability to quickly understand when a breach has occurred so that remediation can begin immediately. While a month is certainly less than the months-long excursion hackers undertook inside Sony's systems, it's still a very long time in the internet era.

Ubiquity -- Thought Chipotle initially said that the breach hit "some" of their stores, more recent reports indicated that "most" stores felt the impact. As a result, Chipotle is facing regulatory pressure to alert all affected customers, even though the company doesn't really know who they might be. At this point, Chipotle is left to provide a website with affected locations and dates, with customers left to worry whether their information is among that purloined by thieves. 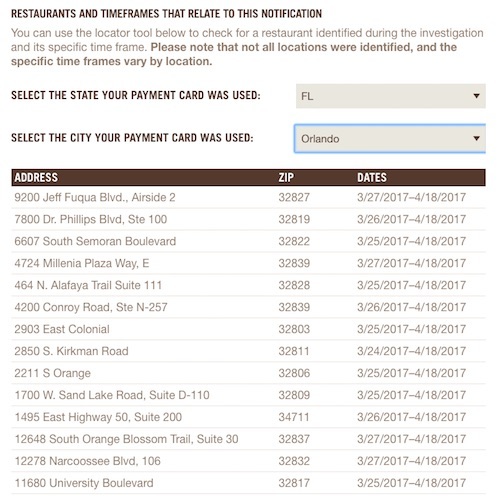 Chipotle's customers are now concerned about data theft, while the company's management is concerned about losses of reputation (especially following the food safety issues of previous years) and money (to regulators eager to teach a lesson to the industry.) For companies eager to avoid following in the burrito giant's footsteps, there are three lessons that can be taken from this incident that might well be applied: