Financial institutions are fighting fraud with tools that aren't completely up to the task, according to the results of a new survey out this week.

It seems such as simple question: Are you who you say you are? But it's the question at the heart of a crime that can costs banks nearly $200 billion each year -- and cost consumers an additional $16 billion.

The new 2017 Faces of Fraud report, based on a survey conducted by ISMG and sponsored by Vasco, looks at what is happening in the world of fraud and what banks and other financial systems are, and are not, doing about it. 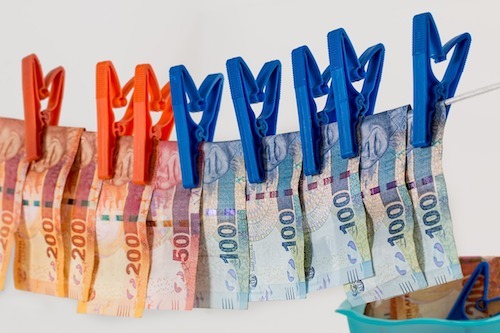 The first takeaway is that most organizations, by their own admissions, are not doing enough. Only 38% of those responding said that they have a high confidence in their organization's ability to recognize and respond to fraud. More than half -- 58% -- said that they have moderate confidence, which means that they think that the tools and procedures are adequate but still miss some fraud.

That set of responses brings up another point; that some level of fraud loss is considered part of the cost of doing business as a financial institution. In one sense this is similar to the level of "shrinkage" (i.e., theft) considered normal and accetable in the retail world. In another sense, if you stop to think about a trucking company that admitted they were used to a certain number of parts falling off their trucks during each trip, it becomes a startling admission about the lack of faith they have in their defenses.

What is behind the lack of confidence? Just more than half of those responding say that fraud schemes evolve too quickly and are too sophisticated for defenses to keep up. In addition, 48% say that their customers and partners are bad eough at security to make fraud inevitable. Finally, 39% admitted tht there's just too much personal data available to criminals: There's no way to perfectly assess whether "real" data is coming from the person to whom it belongs, or not.

When asked about the issues in their current anti-fraud defenses executives said admitted that the protection in place now relies too much on manual processes (33%) and provides only limited analytics (31%). The result of these limitations is that the institutions aren't able to discover fraud quickly enough or respond in time to prevent all possible loss.

The time issue is quantified in the answer to questions about how long it takes to detect and mitigate fraud activities. Only 13% of organizations say that they can detect fraud in real time, while 36% (the largest single group) say that it takes between one to seven days to detect fraud. Once detected, 32% say that they can mitigate the fraud within a day, while 30% say that it takes another one to seven days to mitigate the damage.

In a written statement concerning the report, Lisa Baergen, marketing director at NuData Security Inc., a Mastercard Company, said, "Banks, financial institutions, and merchants all struggle with ways to preserve customer confidence and loyalty, without hurting their customer’s experience. The five scariest words in the sector are: 'My bank account's been hacked.' "

Baergen continued, "The Faces of Fraud Survey confirms that it's time to adopt machine learning and verification methods that immediately recognize trusted users and optimize their experience, that can’t be impersonated by would-be thieves, and that can invoke stepped up authentication when high risk, highly questionable circumstances call for it."

Though the news in the report seems dire, there is room for optimism in the results. In part of her analysis of the report, Avivah Litan, vice presidents and distinguished analyst at Gartner Research, wrote:

"I'm encouraged by the advances in and fine-tuning of machine learning models and other forms of advanced analytics being applied to the fraud use case, and the use of mega global sets of shared data to inform those models. I'm also encouraged by continuous behavioral biometric authentication, along with other continuous identity assessment measures, that raise confidence in a user's legitimacy. We need this -- especially in an era of heavily compromised PII data. It's much harder for a bad guy to beat a system that he or she cannot easily see."